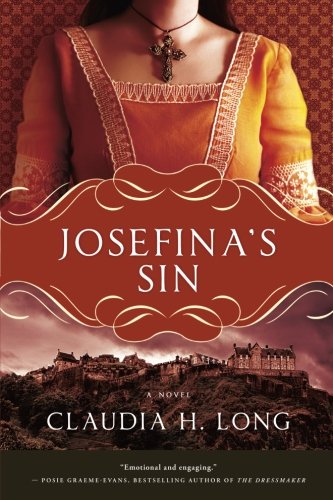 A thrilling and passionate debut about a sheltered landowner’s wife whose life is turned upside down when she visits the royal court in seventeenth-century Mexico.

When Josefina accepts an invitation from the Marquessa to come stay and socialize with the intellectual and cultural elite in her royal court, she is overwhelmed by the Court’s complicated world. She finds herself having to fight off aggressive advances from the Marquessa’s husband, but is ultimately unable to stay true to her marriage vows when she becomes involved in a secret affair with the local bishop that leaves her pregnant.

Amidst this drama, Josefina finds herself unexpectedly drawn to the intellectual nuns who study and write poetry at the risk of persecution by the Spanish Inquisition that is overtaking Mexico. One nun in particular, Sor Juana Ines de la Cruz, teaches Josefina about poetry, writing, critical thinking, the nature and consequences of love, and the threats of the Holy Office. She is Josefina’s mentor and lynchpin for her tumultuous passage from grounded wife and mother to woman of this treacherous, confusing, and ultimately physically and intellectually fulfilling world.